Matty Ryan is a Wiggle Room favorite. Born and bred in Chicago, he’s desperately trying to keep from growing into an adult. Check Matty out on Facebook and Follow him n Twitter.

WR: You’re a nap enthusiast.  What was the best nap you ever had? 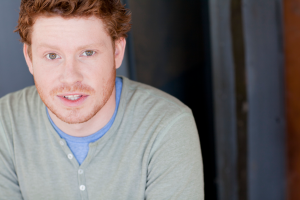 MR: Hmm.  It’s too difficult for me to pinpoint a specific nap that reigns supreme, but I can accurately say which kind of nap is my favorite.  That would be when you wake up in the morning, check your phone, and then immediately take a nap.  Preferably without getting out of bed.

WR: The Chicago Reader called you (and Kenny DeForest) a “charming bro”?  Are you more charming or more bro?

MR: [Laughs] Yeah that was weird.  I was almost offended by the bro implication, but I know the author of the piece and knew it was in jest.  To answer your question, I would have to say all charm, no bro.  For the brahs: all C, no B.

WR:  What topics are off limits for you on stage?

MR: I don’t necessarily have any topics that are inherent no-no’s, but I generally stay away from things that could potentially marginalize a group of people; i.e gender, race, sexual orientation, etc.  Not that these subjects should be avoided or tiptoed around; material surrounding these topics can be incredibly funny, as long as said material is not hateful or purposefully and pointlessly offensive.  However, if the group in question is, say, racist hill-people, that’s a different story.  Those dudes are the worst.  Oh, I do have a joke about how Russians largely creep me out, but Liza Treyger gave me permission to talk about it.  She’s one of the good ones.

WR: What’s the cutest name you’ve ever called a lover?

WR: What’s the worst thing someone has called you? Was it accurate?

MR: There’s a lot to choose from in this department.  I’m going to go with “real piece of shit.”  When said with the proper inflection, it can be just about the worst.  And yes, it is abundantly accurate.